E is showing more interest than ever in wild foods and herbs right now. I think finding the Shaggy Manes and enjoying them so much really encouraged him to learn even more about the plants around him. Yesterday we went out collecting more rose hips so that he could make some rose hip syrup. We found a few different recipes online and came up with this method. He took photos of the steps and was quite pleased with the taste of the end product. It seems there are a lot of bugs going around just now so we will be using his syrup this week to help ensure we stay healthy. 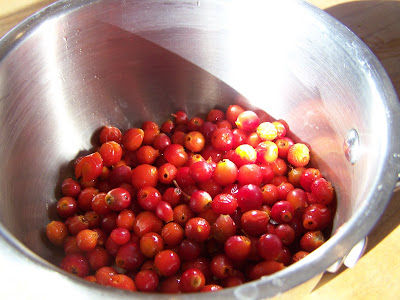 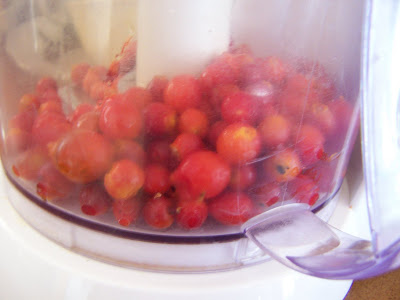 We decided to grind them in the food processor and then cook them for a moment in a bit of boiling water.  We set them aside for 15 minutes and then strained them. 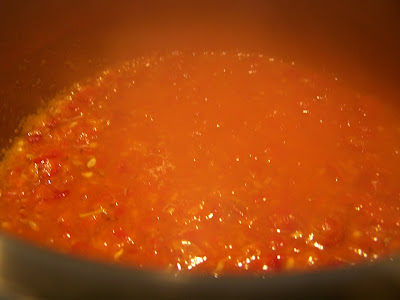 He had to strain them several times to get the syrup clear of the hairs from the seeds.  Then he put the rose hip liquid back into the pot where he had already warmed some honey. 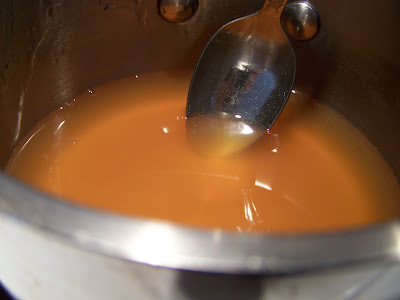 We all got a taste test and the rest was tucked into the fridge to be used up over the next week. 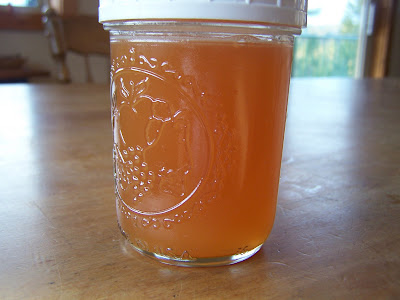 I got to use his leftover  rosehips (the ones he had after the first straining)  for some elixer.  I'm thinking they will still have plenty of goodness left in them and we didn't want to just throw them in the compost. 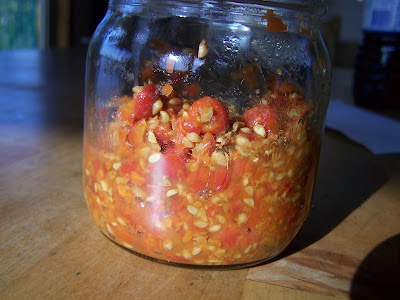 I put them in a jar and added some brandy.  Stirred in some warmed honey and that's it.  I'll add it to the cupboard with my elderberry elixir and wait patiently (or not so patiently) until it is done. 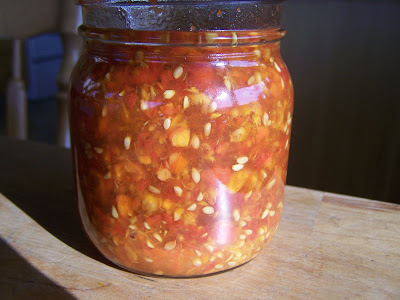 It's rose hip season here too. I made some rose hip jelly today, not as healthful as yours but I'm pretty pleased with it.

What beautiful rose hips!
I'm infusing my wild harvested hips in honey with monarda flowers. Can't wait to try that!

Lovely. I must remember to plant some roses that bear more hips.

Your syrup looks fantastic! I'm looking forward to hearing how the elixir turns out!!