Yesterday seemed like a good day for a special treat. Since the freezer still has loads of pumpkin in it I thought a treat involving pumpkin puree would be especially good. I found this recipe here and thought it sounded good enough to try Right Away. ;-) 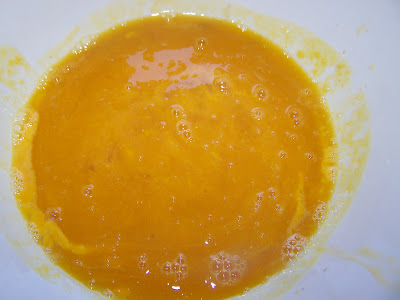 I thawed the pumpkin to use in the dough. (There's nothing quite like the smell of pumpkin, cinnamon and freshly grated nutmeg.) Then we headed to the library to pick up our books while the dough was rising. 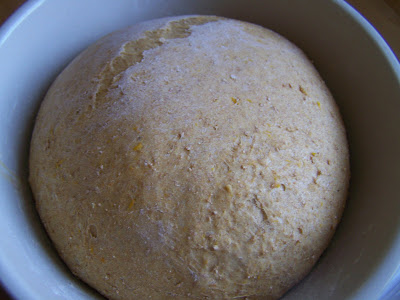 This was the part of the recipe that I found interesting. Usually I spread butter on the rolled out dough and then sprinkle the sugar and cinnamon on top. 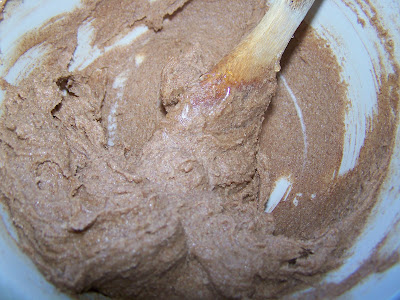 This recipe had you mix the butter, cinnamon, sugar, honey and vanilla in a bowl to make a soft spread for the dough. Isn't that genius? (let me assure you that it IS genius - the taste is amazing) 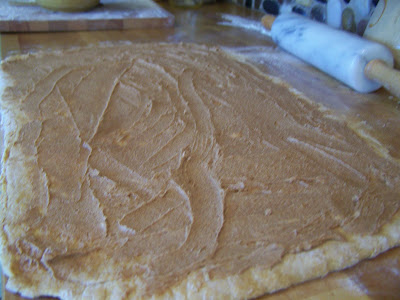 This is a double recipe - if you're going to have a treat you might as well have a treat, heh? :-) 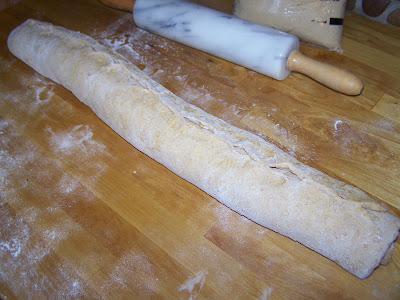 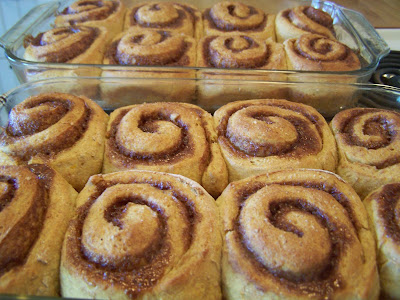 One thing I did a little differently was the icing. This icing is just a bit of cream cheese mixed with some runny honey and a bit of vanilla. It would also have been delicious with a squeeze of fresh orange in it. By the time they came out of the oven it was almost dinner time. We enjoyed one straight from the oven while sitting out in the sun. W said how good they were and then figured that we should have another - since they were best when warm - and I quite agreed. 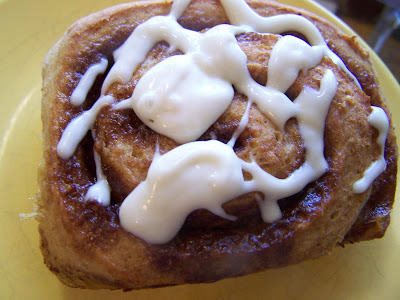 So we each had a second and decided to call it dinner. And what could be a more special treat than that. ;-) 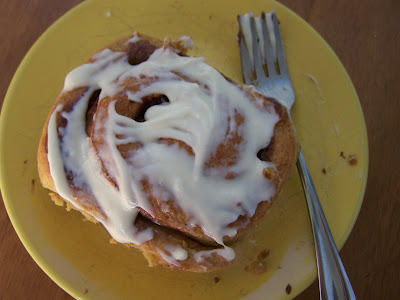 Those look so yummy - and I have some pumpkin (may be Hubbard Squash 'though) left in the freezer too...

Oh wow.
Those look incredible. I am drooling, seriously.
What did you do with all the extras?

Affectioknit -I'm sure they would taste great with hubbard in them instead.

Jess- Um...extras? What extras? There were only 16 buns...should there have been leftovers? ;-)

Just kidding - we took the extra pan along when we went to visit a friend and shared them. :-)

These are awesome! My neighbor is moving and gave me her canned organic pumpkin...and then I read your post! My children thank you!!Sue

You haven't left blogging-land for an extended holiday again, have you? Hope all's well with you!
Rebecca
sahm4kidlets@shaw.ca

Hi Rebecca - good to hear from you. No, haven't left on a holiday...although there is a lot of packing going on. ;-)