Earth Day, Dandelions and Dogs...Oh My! 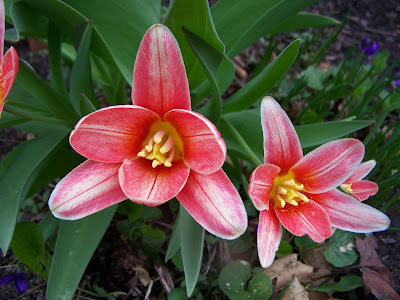 We spent the afternoon at the beach for Earth Day (well, except for the latter part of the afternoon which was spent hunting for our neighbour's lost dog for hours, finding him, getting bitten by him, and then bringing him home on my bike once he had calmed down from his ordeal and returned to his normal lovely self). The beach near our house is surrounded by dry rocky slopes - the perfect environment for Arrow-leaved Balsamroot flowers. The hillsides there are so beautiful right now. E had his plant book with him and I had mine so we were identifying edible plants. We tried a little nibble of the balsamroot leaf as all parts of this plant are apparently edible, we found them to be very bitter. 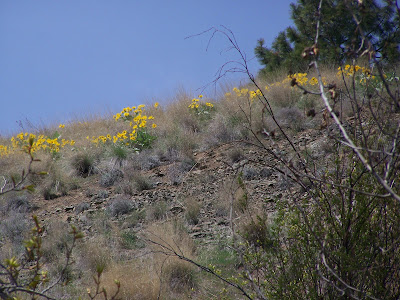 While we were soaking up the sunshine sitting on our blanket E thought up a recipe that he wanted to try with some dandelion greens. The minute we got home he disappeared into my garden and came in with a whole bunch of dandelion plants - roots and all. He washed and trimmed a few of the greens and then cooked them up just so. 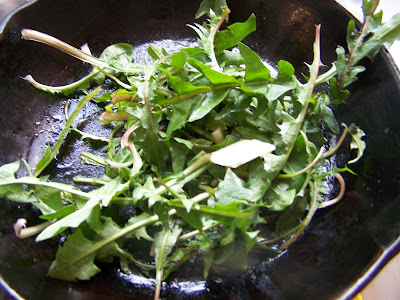 He heated some olive oil and then melted some butter in it (for extra flavour, he says) then sauteed the greens until wilted. He added a squeeze of fresh lemon juice and sauteed for another couple of minutes and then sprinkled some grated Romano cheese on top. It was quite good (although W wasn't impressed). E ate some of it as is and then decided to mix the rest in with the pasta that I had made for dinner. I liked it that way as well so then we had to make a bit more so I could have some in my pasta as well. 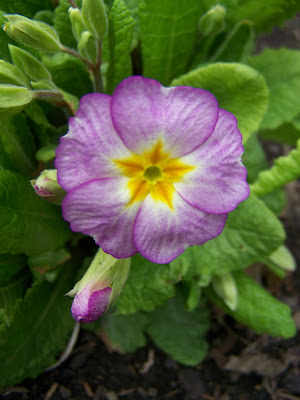 How much do I love that my 9 year old thinks up recipes for wild food and then immediately makes them and, not only that, but enjoys them? So much more than I can say.
Posted by Heather at 7:34 AM

Love it! I think the butter would add nice flavour too, good call E :)

to answer your question, no we did not have spearmint tea! but we did save some of the unruly plants for a friend who wanted some. we stressed the importance of keeping them in a pot!
and I have a question - when eating dandelion greens, can you eat them once they've bloomed or not?

We use the greens before the flowers bloom for fresh eating. I've used the leaves after blooming for drying to use as winter tea. I think the younger the leaves the more tender and less bitter you will find them. Hope that helps. :-)

E is definitely an entrepreneur in the kitchen! LOL