Fingerless gloves and a snow day 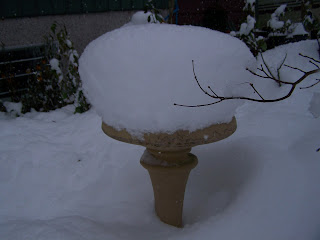 Wednesday night just as I was finishing the thumb on the second fingerless mitt our phone rang. I could tell by my husband's end of the conversation that his sister was thinking she would not be making the drive over the mountains to come visit us for the weekend as planned because of the ton of snow we were having. 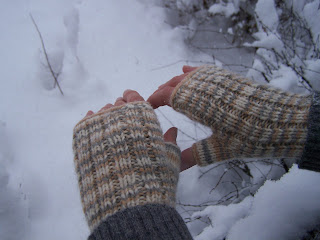 I found this a bit funny because I was actually finishing the mitts for her with time to spare and now we wouldn't be seeing her 'til February. I finished them up and planned to give them to her when we saw her next and then didn't worry about tidying up the spare room or doing anything else to prepare for company since she wouldn't be coming. Late last night the phone rang with the good news that she would come after all. 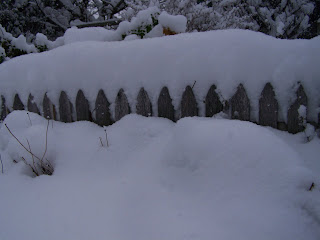 Soon we will be having our solstice fire out in this area. Looks like we might need to do a bit of digging out before that happens. 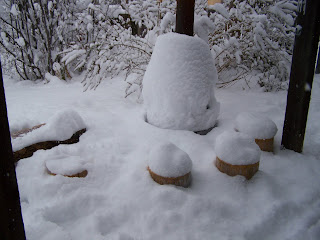