Oh my, are these ever good. Methinks that they won't last long enough to be part of the gift package I intended them to be. My mom loves Raincoast crisps and last year (when we were scarfing them down with her homemade cheeseball on Christmas eve) I told her that I had a recipe for something similar that I would pass on to her. 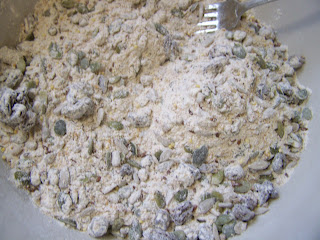 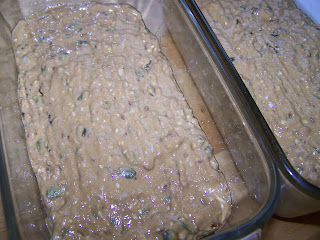 I forgot to do so and so now I plan to give her a batch already made along with the recipe...except they are so good that I already "tested" five of them as soon as they came out of the oven. The recipe is full of good stuff and they are made fairly easily. This batch has pumpkin and sunflower seeds, raisins, and millet as well as fresh rosemary out of the garden. 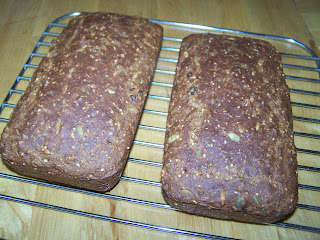 The only finicky part is that once the loaves are baked you have to slice them into quite thin slices and then re-bake them for about an hour. 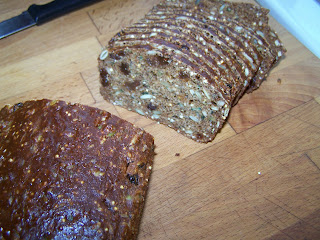 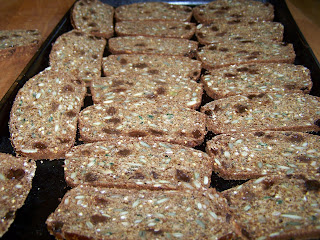 My mom makes a mean cheeseball and these crackers will be just perfect with it...if they last that long. Now I think I might need to get the cheeseball recipe so we can have these more often than once a year. 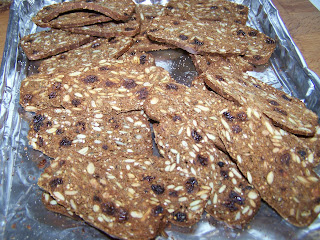 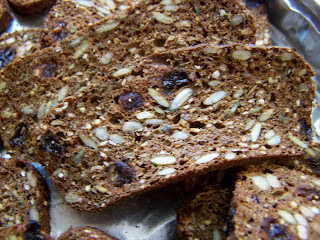 Oh those do look yummy! And they seem to be nut free so maybe, just maybe, I can make them too!

Oh my goodness, these look fantastic. I think I'll have to give them a try.

Hey... there's no recipe here... Well, they look great anyway! (I thought there was recipe link)