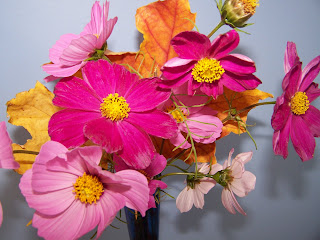 The abundance of our yard right now is leaving me with little time to write but I would like to share some photos. We had a frost and I lost a few green tomatoes so we spent yesterday picking everything that was left in the garden. I had helpers. 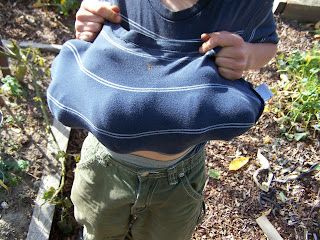 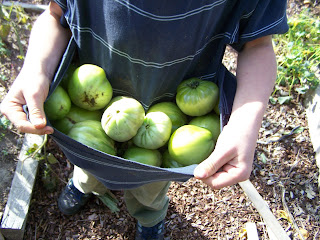 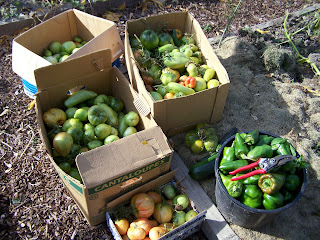 Thankfully E had picked his Stars and Moon watermelons the afternoon before the frost. It was sad enough waking up knowing that I had lost some tomatoes, the heartbreak that E would have felt if his raised-from-seeds-that-he-chose-and-grew-himself would have been too much. 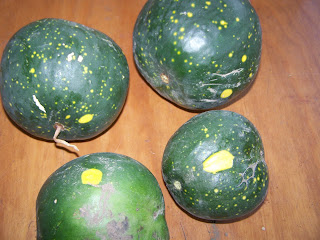 Notice the melon held aloft with joy. ;-) (yes, that is a crown on his head - both boys have been wearing them for a few days) 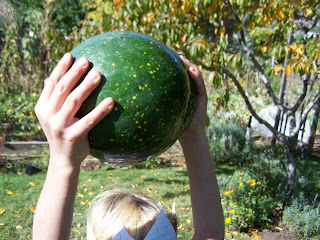 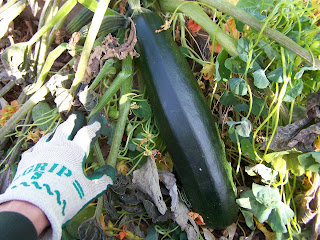 Boxes of grapes that we made juice with. Grapes and I have some issues. They seem to like to spill their staining juice all over and I seem to like stainless countertops and cupboards. Once again this year I have promised myself that I Will Not Make Juice or Jelly Again!! Ever!! (stay tuned for the exact same post next year) More on this another day. 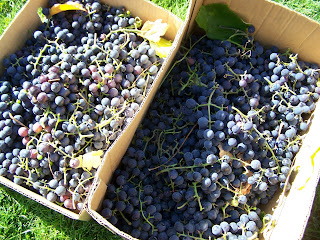 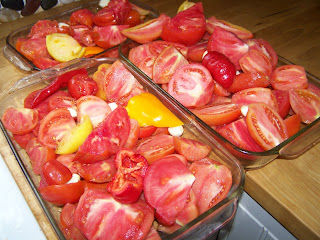 E found this leaf and brought it in to show me. He was thrilled with how "gorgeous" it was and later on I found it tucked in a vase of cosmos that I had picked and put in my room. The picture is up top. I love that my boys take time to appreciate the natural beauty around them. 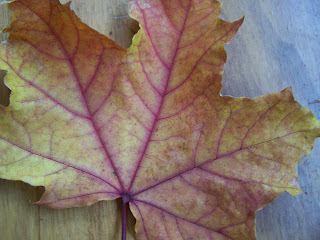 Another thing that I love about this time of year is the way that plants show us so clearly their abundance - not only do they provide us this year (whether in flower, fruit, or veg) but once the frosted bits are pushed aside 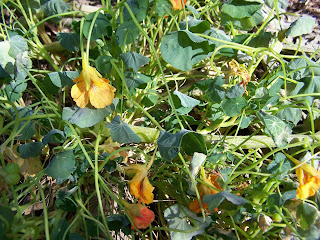 we can see that they have also provided us for next year - in the form of seeds. I love that cycle. 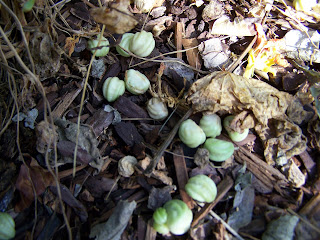 And so with all this bounty which can sometimes seem a little overwhelming ... 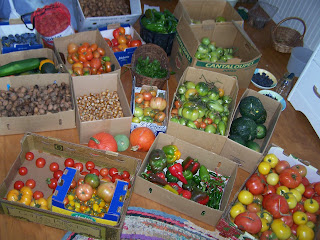 it really seems to important to take time to enjoy the beauty of this season too. 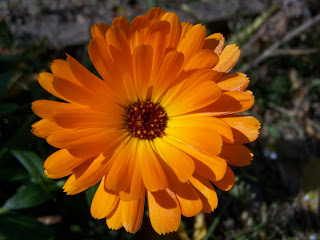 Wow...I love that second to last shot..beautiful! I read this post as I was enjoying a lovely cheese and tomato melt, as per your recommendation, from my one of six tomatoes that I was able to salvage this year :0 I am going to bookmark that photo as my inspiration for gardening this spring!

The photos are absolutely wonderful, but that bottom one really sums up all that you're talking about. Wow!! The colors are just amazing. I am so excited to see your bounty and all that is literally coming to 'fruition' for you this harvest season. The watermelons are stimulating extreme envy in me, dare I try them next year...?
And we just went out and picked all of our green tomatoes this week, too. The rain got a dozen or so before I got to them, but there's at least 40 lbs. of green ones ripening inside now. Yum.
Beautiful post, once again :)

Thanks so much Krista. I have to say that I am always a little sad at the end of garden season but also kind of happy at the thought of so much more relaxing time. I always look forward to more time doing crafts and baking, reading and snuggling with the boys and just more free time for myself too.

Hi Joanne, what was the verdict on the cheese and tomato melt? Delicious?
;-)

sigh... all that gorgeous bounty... what a blessing! (although I can appreciate how much work it all is as well)
Seeing all that abundance makes me smile, thanks for sharing the pics!

Bravo to E for raising some gorgeous looking watermelon!