Even though we have 14 blueberry bushes now we still don't have anywhere near enough berries from them to put some by for the winter although eventually I think they'll produce enough that we will. 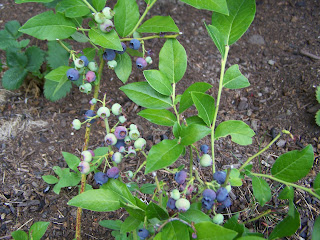 Yesterday E and I went and bought 16 lbs to tide us over until we get to go to our local u-pick place. He ate bowl after bowl full as he listened to Harry Potter and the Goblet of Fire read by Stephen Fry. He was absolutely transfixed...by the story telling and the blueberries. Apparently Stephen Fry can really tell a story. 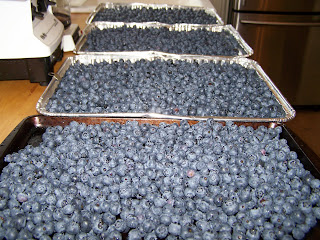 I finally asked him to lay off the berries for awhile so that we would have some to put in the freezer and also because I was getting a little worried that he might do a Violet Beauregarde. Remember? 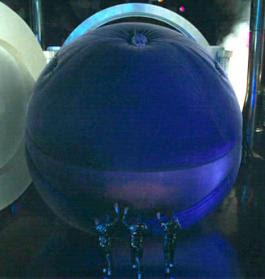 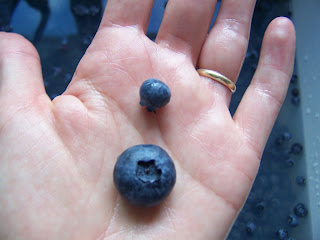 Oh yes, Violet Beauregard..loved her..
G. does a wonderful imitation "Daddy, I want another pony." :) Can't beat a movie with Johnny Depp and all that CHOCOLATE!

Wow - that is a lot! Most u-picks are out of whack here this year after all the floods last month, but the berries remaining at the market are $$$ so we haven't done much yet. Just a few pints. That looks amazing!

We just freeze them, Joanne, then we use them in muffins, pancakes, and smoothies through the year. Blueberry is one of the few jams that I have never made.